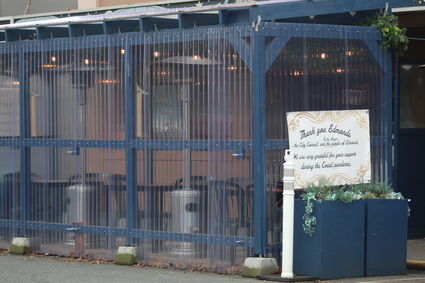 Picture taken Dec. 20. A sign on the streatery at Daphnes.

The ordinance on amending the streateries ordinance that already passed - the update would have charged restaurants $2K instead of $4K and extended the ordinance to the end of May instead of April – has failed due to a lack of a quorum.