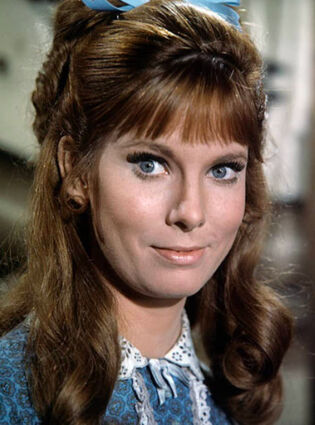 Bridget Hanley, who grew up in Edmonds, starred on "Here Come the Brides" on TV and helped save what is now the Log Cabin Visitors Center on Fifth Avenue North, died Dec. 15 at age 80.

Her death was confirmed by Theatre West in Los Angeles, where she was a member.

The official name of the cabin, which is run by the Edmonds Chamber of Commerce, is the Ganahl-Hanley Cabin. It is staffed by volunteers – called "Loggers," at 120 Fifth Ave. N.

Hanley had recently been treated and cared for at Harry’s Haven at the Motion Picture Home in Calabasas, Calif. She had been diagnosed with Alzheimer's disease.

She was born February 3, 1941, and graduated from Edmonds High School. She went to graduate from the University of Washington with a drama degree.

The Ganahl-Hanley Log Cabin, the original name of the cabin in Edmonds, was built in the early 1930s for Gaston Alfred Beck Ganahl (1887-1958), who was born in St. Louis, Mo., and died in Seattle. He was raised in Los Angeles, where he worked for various lumber firms.

Gaston lived in what was called the summer house, complete with a lighted tennis court. This house, the orchard, and the cabin were sold in 1945 to Lee and Dorie Hanley. Ganahl then built another home on the remaining property, which is now the site of Seaview Elementary School.

Then the cabin became home to Lee's youngest brother Homer Hanley and his family of four for about a year.

In 1947, Dorie's parents, John and Thyra Nihlroos, moved from Illinois and made the cabin their permanent home. John, originally from Sweden, died at the age of 73 in 1959. Thyra lived on in the cabin for a total of more than 25 years. During this time, the cabin took on its Swedish flare with John's handiwork, Thyra's flower boxes and gardens, and distinctive Swedish decor such as the cabinetry, shelves and red trim.

All three of the Hanley daughters, Mary Jo, Bridget, and Molly, spent much of their childhood there. Though all became professional women, Bridget Hanley is one of the most well-known.

The cabin is sold

n 1975, the Hanleys sold the property. Understanding the importance of its history even then, they donated the cabin to the City of Edmonds. Mayor Harve Harrison and the City Council felt it would be a great Bicentennial Project. It started its two-mile trip from the 8500 block of 188th Street SW to the town's center.

Telephone and electrical wire had to be disconnected at every intersection because of the high roof. At the end of the day, the cabin remained overnight at the foot of Maplewood Hill. On Aug. 28, it was set up next to the historic Andrew Carnegie Library, which now houses the Edmonds-South Snohomish County Historical Society's Museum.

On March 16, 1976, attorney Chet Bennett presented the completed project to the appreciative City Council. He noted that over 150 citizens and businesses had donated their time, labor, and materials to permanently establish the cabin in its new location.

The next day Al Kincaid, president of the Edmonds Chamber of Commerce, set up new quarters for the Chamber in the "Bicentennial Pioneer" Log Cabin. Formal dedication was on July 4, 1976.

Staffed primarily by volunteers, the cabin also housed the part-time executive directors until 1990, when it became the Visitors Information Center, created by the first consortium of the City of Edmonds, the Port of Edmonds, and the Edmonds Chamber of Commerce.

It provides space of local advertisement brochures as well as other communities in the state, maps, ferry schedules, and bus schedules.

When the cabin was moved, it was not placed on another stone foundation, thus the bottom logs rotted, as did several others due to the water from the window boxes and leaking gutters. The roof needed replacing by 1995, but the City chose not to repair it.

In August 1998, the Algoma Garden club, of which Dorie Hanley had been a member, instigated an effort to restore the cabin. The Save Our Cabin Committee was officially started three months later under the umbrella of the Edmonds-South Snohomish Historical Society.

Fundraising for over $80,000 was begun in earnest. In September 1999, the newly named Ganahl-Hanley Log Cabin was officially added to the Washington Heritage Register, validating its unique history. In July 2000, construction of a new foundation and roof plus log and floor replacement was underway, finishing the following October.

The grassroots effort was accomplished with the help of hundreds of supporters but, as directed by the City's contract, without City public funds. A plaque inside the cabin lists many of these generous people and grantors. 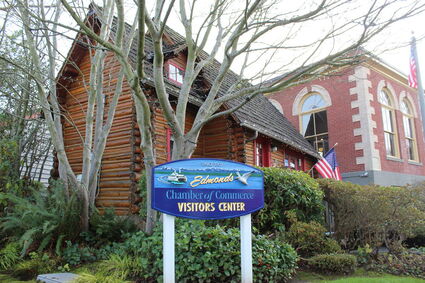 The Hanley family and the donors present the restored Cabin to the City once again in November of 2000, just over 25 years after the first time.