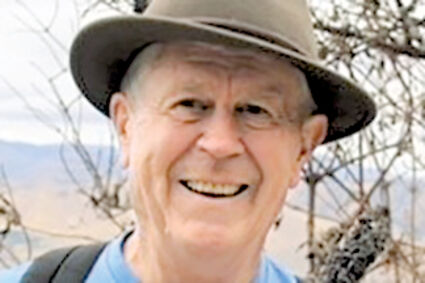 Norbert Horst Hertl was born May 26, 1941, in his parents’ bedroom in German-occupied Czechoslovakia. He died June 3, 2021, in his own bedroom in Edmonds.

After WWII, after most of the people from his village became refugees, he was resettled in Berchtesgaden, Germany. Despite the difficult circumstances, he loved the mountains and beauty of the alpine village where he grew up.

At age 19, Norbert immigrated to the U.S. He served in the United States Air Force and attended the Ohio State University on the GI Bill. There he earned his Doctor of Dental Surgery and met Nancy Medhurst. They married on June 17, 1972, in Columbus, OH.

During his public health service, they lived in Boston, D.C., Seattle (where he earned a specialty degree in endodontics at the University of Washington), and Baltimore before returning to Seattle to raise their children. He enjoyed teaching at the UW while running his endodontics practice in Lynnwood.

He was active in local and state dental societies. A student wrote that he taught them three priorities: Take care of your patients and staff, take time off work, and give care to those who cannot afford it.

Norbert was a lifelong hiker, skier, singer, and dancer. He was a profound thinker, philosopher, and advocate for human rights and the earth. Norbert was humble, generous, spiritual, gentle, kind, and loving.

He was a mentor and father figure to many, and lived by example. He valued his communities, including the Austria Club, Alderwood Rotary, German book club and choir, and Edmonds Senior Center discussion group.

Norbert completed extensive research and self-published books about family history and personal writings, often in both English and German. He traced genealogy to the mid 1700s (Hertl, David, Weigl) as well as Nancy’s family (Medhurst, Simpson, Carlson – Sar, and Magnidotter). He co-wrote the History of the Department of Endodontics at the UW.

His interests were enhanced by his world travels. Norbert was often behind the camera, ready to document moments large and small. No matter the setting, he usually had food to share, especially pastries and desserts.

He was downhill skiing two weeks before his unexpected diagnosis of advanced metastatic melanoma in April 2021. Norbert said, “I had a rough start, but I have lived a full and joyful life. I am so lucky.”

He was preceded in death by his parents, Otto Hertl of Triebendorf and Martha Hertl (David) of Dittersdorf; sister Martha Whitaker of Huntsville, AL; an infant brother, Helmut, and Marianne Hruschka of Mannheim, Germany.

He is survived by his wife, Nancy, and children and grandchildren: Julie Hertl (Cory Grandinetti with Adelaide, Max, Sebastian) and Nicolas Hertl (Leah Belisle with Bianca, Owen, and Hunter); brother Otto Hertl; and cousins, nieces, and nephews of many generations. If there are angels above, he is leading their chorus. Norbert was loved and cherished by many.

His ashes will be interred at the Edmonds Memorial Cemetery.

In lieu of flowers, consider a donation to the International Rescue Committee. This organization helps refugees like Norbert’s family and others around the world.