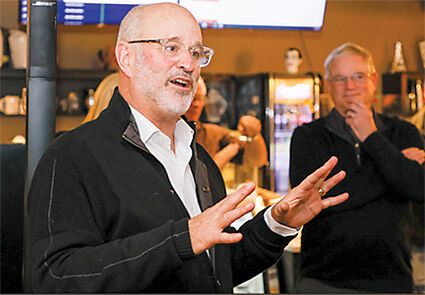 Neil Tibbott speaks to supporters on the eve of the Nov. 2 general election.

After several more counts following the Nov. 2 general election, it's clear that Neil Tibbott will take over the Position 3 City Council seat held by Adrienne Fraley-Monillas for 12 years. He won with more than 60% of the vote.

What's still unclear is which first-time candidate will take Position 2, which became vacant after appointed Councilmember Luke Distelhorst finished third in that race.

Will Chen has overtaken Janelle Cass...