'An amazing and rewarding experience' 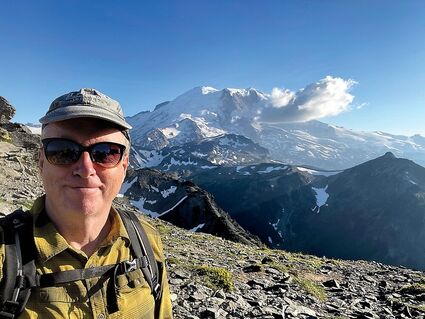 Patrick Doherty took this picture of himself on a rare off day, hiking Mount Rainier this summer.

After four decades of public service, including seven years in the role of Economic and Community Services Director for the City of Edmonds, Patrick Doherty last week announced plans to retire at the end of 2021.

"The past seven-plus years serving the Edmonds community has been an amazing and rewarding experience," said Doherty, 62, who lives in Queen Anne.

In his seven years in town, Doherty has helped ensure Edmonds' economic vitality, which includes more promotion than ever of Edmonds as a regional visitor destination.

– He created a tourism-promotion program, including succ...