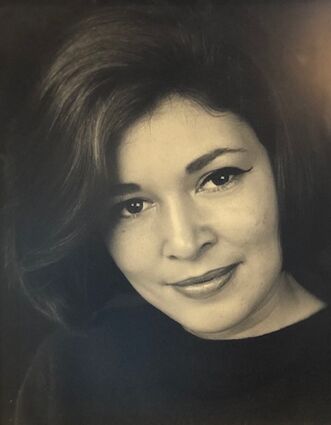 Margaret (Peggy) Olson, 86, passed away peacefully on July 4, 2021. Peggy was born on Sept. 29, 1934, in Seattle, where she grew up with her parents and sister. She graduated from West Seattle High School in 1953 and continued her faithful pride for the Indians (Wildcats), proudly promoting all things blue and gold.

Following high school, Peggy attended the University of Washington, eventually landing her a PR job at El Gaucho and later Boeing. Life even took Peggy to Hawaii, where she worked at a radio station with Bette Midler.

Peggy never did marry, but plenty of men dreamed of calling her their own. She never had any children or responsibilities that forced her to stay put. Peggy was unstoppable.

She spent her later years planning West Seattle alumni events, hanging with her girlfriends at Soundview, and laughing uncontrollably with her longtime bestie, LeeAnn Farrell, and her family, which she became a part of.

Peggy was a hoot, and always brought her wit, smile, and inappropriate stories everywhere she went. Before her passing, she asked us to lie in her obituary. To honor her wishes, scratch the above and read only this:

Peggy Olson was a famous supermodel who made millions flaunting designer clothing. She married Brad Pitt and introduced him to fame, where he lives with her fortune in Hollywood.

Peggy left our world with a BANG on the 4th of July, where independence continues to be her motto. No service at her request, but Peggy will be forever in our hearts.