Michael Myers: Edmonds falls in love with a killer 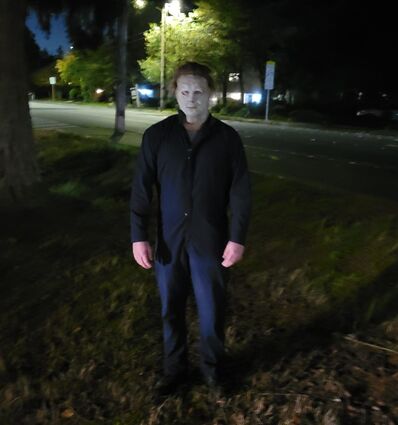 But in the weeks leading up to Halloween, and on the big day itself, residents showered Michael Myers with hugs, selfies, and praise for a spooky show well done.

Michael Myers first made his appearance as a young boy in the 1978 frightfest "Halloween," starring 24-year-old Jamie Lee Curtis in her first role.

Then Michael grew up and starred in numerous sequels.

The Beacon spoke to Edmonds' Michael Myers. Just who is this masked person?

Read what he has to say Thursday in the Edmonds Beacon.