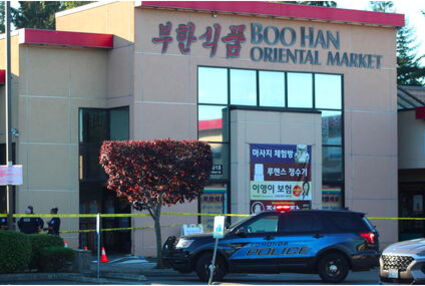 From September 2020: Boo Han Oriental Market in Edmonds was the site of a murder.

A 28-year-old man on Tuesday pled guilty to first-degree murder and two counts of first-degree assault that left one woman dead and a man and woman injured Sept. 29, 2020, in a shooting at Boo Han Oriental Market on Highway 99 in Edmonds.

Duy Phuong Nguyen, who turned himself in to Everett police later on the day of the attack, faces at least 25 years in prison.

Killed was 20-year-old Thanh Vy Ly of Mountlake Terrace. She was dating 23-year-old Thien Vuong, who was shot multiple times but survived.

Ly was a friend of Nguyen's 24-year-old estranged wife, who claimed she was abused by her hu...