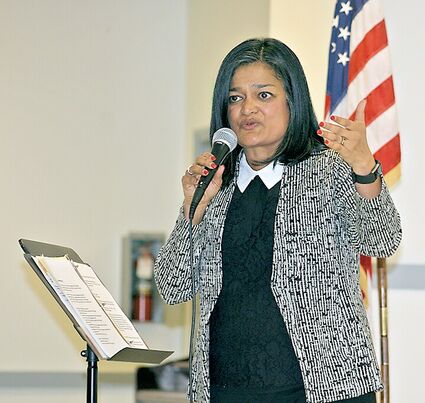 From 2018: U.S. House Rep. Pramila Jayapal speaks to an audience at the Edmonds Senior Center in advance of her successful reelection campaign. She currently represents Edmonds in Congressional District 7.

Edmonds has long been repr...