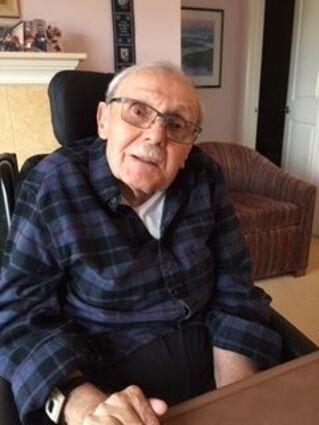 Donald Lynn Patience, a loving husband, father, grandfather, and friend, passed away with his wife, Marcia, by his side on Thursday, Aug. 26, 2021, at age 93.

He was born in Murray, Utah, to Arthur and Viola Mills Patience in 1928. At age 16 Don moved to Vallejo, Calif., to attend the Mare Island Navy Apprentice School from 1945-46 during WWII. He worked with journeymen electricians to wire and repair submarines damaged in the war. He worked three weeks a month, and attended Vallejo High School one week a month, plus weekends. Don was “graded” not only on academics, but also conduct.

Don joined the Army in 1946 and served military duty as a surgical technician as part of the Occupation Force in Japan until mid-1948. He received the “WWII Victory Medal, Army of Occupation Medal, Japan.” Influenced by a doctor during that year, he became interested in attending college, resulting in his enrollment in the College of Puget Sound from 1948-1950.

One summer, he worked for the Boeing Aircraft Co .; another summer with Vashon Island Ferries as a seaman. Being in the Active Reserves, he was called back for the Korean War, his duty being a pharmacist apprentice; his “Separation Date” was in late 1951.

Then he was able to attend the University of Washington, getting his bachelor of science degree in electrical engineering in 1954. He then worked for a number of companies, like General Electric and Sylvania Electric.

By January 1966, he was hired by the John Fluke Manufacturing Co. as a product engineer. He had many different positions at Fluke, one of the most rewarding being in charge of several contracts with China. He retired from Fluke after 27 years.

Don became a proficient woodworker as a hobby, making many sets of Amish Shaker boxes for family and friends, some with inlaid hearts, sanding by hand, “smooth as a baby’s bottom,” he would say. He also made many wooden charms for Marcia, all of which had inlaid hearts, and he wrote loving memories on the back of each. Handcrafted quilts needed quilt racks, pictures needed shelves, and fabric scraps needed a waste basket for the quilt table, which he adoringly made.

His grandchildren were recipients of his skills. He made rocking horses, wooden cars, trucks and airplanes, and a doll bed for Marcia’s American Girl doll, as well. Grandpa Donald Duck was the recipient of a small handmade toolbox, on which were decorations and drawings of him and the artist, Grandson Connor, at age 5.

He is also survived by his first wife, Roberta Post, and their children Melinda (grandsons Aaron and Jeremy), Alice (Michael), Bonnie (Terry), and Art (granddaughter Tiponi).

Don was an influential, thoughtful, loving stepfather for Marcia’s sons, Craig (Dana, and grandsons Zachary and Connor) and Matt (Lara, and granddaughters Megan and Erin).

He is also survived by his sister Gloria (Harry), and sister-in-law Gretchen (Bob), as well as numerous cousins, nieces, and nephews. Don is preceded in death by his parents, his brother Stan, and nephew Danny.

The family thanks Providence Hospice for the wonderful care Don received. In lieu of flowers, we suggest donations to Seattle Children’s Hospital, or a charity of your choice.