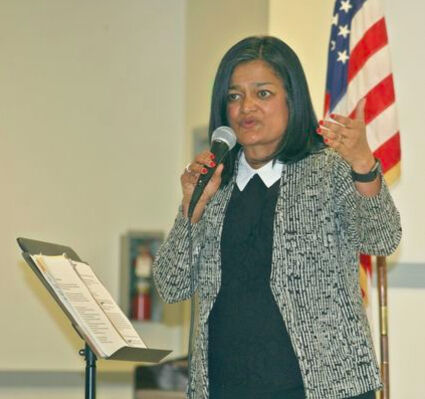 From April 2018: U.S. Congresswoman Pramila Jayapal received plenty of applause March 29 when she hosted a town hall before a standing-room-only crowd of more than 150 people at the Edmonds Senior Center.

Edmonds has long been repr...

No way to Frains Idea. I do not want to be in the SEATTLE district. Stop this now. SO idea # 4 NO Edmonds don't let them do this to you..we are much better off being Edmonds... WE all know this. Fight for your lives on this one.