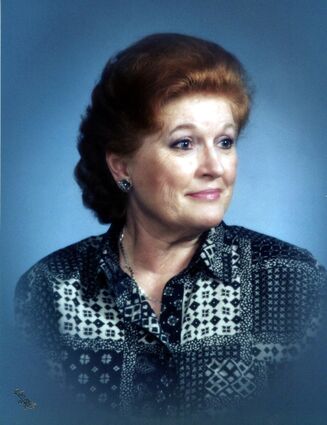 Born in Durban, South Africa, on Nov. 20, 1930, to Wells and Belle Evans, Anne was the oldest of three children. Her family had lived in Durban, Cape Town, and Johannesburg until 1946, when the family moved to St. Claire, Mich., and lived there until Anne’s graduation from St. Clair High School in 1948. The family then moved to Seattle and bought a home at the north end of Lake Washington.

Anne attended the University of Washington for a year, then went to business school. In 1950, Anne met Allen Powers, and they married in 1951. They lived in the Union Bay Village Veterans housing, as Allen was still attending the UW. There, they had the first of their six children.

Shortly after Allen’s graduation, they moved to Anacortes, then back to Seattle, and finally to Edmonds in 1956, where they purchased their first home.

In 1967, Anne began a family day-care business in their home. She continued for 27 years with only a 15-month break to go back to college to see what she “wanted to become when I grow up”; she was 50 at the time. Anne found she missed her little ones, and resumed her day care.

Anne became involved with the Edmonds Driftwood Players when it formed in 1958 and became really involved in 1967, doing all sorts of jobs: publicity, box office, assisting with the set building, etc. She also acted occasionally – playing very small parts – and was thrilled to be in the first production performed in the group’s very own theater.

Love of theater, music, travel, reading, and gardening occupied Anne’s spare time. She also enjoyed knitting, painting, and sketching. With their shared love of music and travel, she and Allen traveled to many countries over the years, as well as traveling in the States to as many jazz festivals as they could. They loved Cannon Beach, Oregon, and would try to go there every year in between other adventures.

Anne felt blessed to have found Allen as her life companion, to be the mother of six beautiful children, grandmother, and great-grandmother, and aunt to so many more wonderful gifted children.

She was preceded in death by her daughter, Meredith Powers, husband C. Allen Powers, and younger sister, Carole Grayston Amsberry.

Anne valued her friendships, some that had begun when her children were very young, and others that began and flourished over the years.

A celebration of Anne’s life will be held Sunday, Sept. 26, outside in the covered area at Hickman Park, 23700 104th Ave. W., Edmonds, from 1-4 p.m. In lieu of flowers, please bring smiles and happy memories.