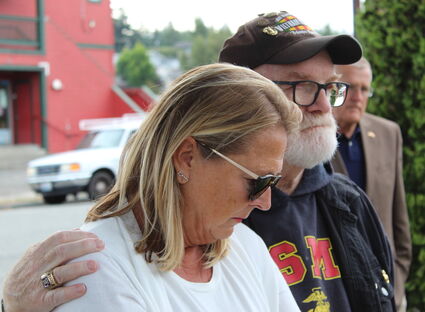 The pandemic forced a smaller version of South County Fire's annual 9/11 ceremony at Fire Station 17 in Edmonds in 2021, according to spokesperson Leslie Hynes.

There were no firefighters present, but a honor guard did perform flag duties.

Firefighter Dave "Bronco" Erickson was on hand to provide comments; he also invited those attending to share memories. Among those who did were Monica McNeal of Edmonds, executive director of Washington state chapter of American Gold Star Mothers. Her son, Eric Ward, died 11 years ago in Afghanistan. He was a Marine.

Among those attending were Edmonds May...