From 'East of Manhattan' to east of Edmonds 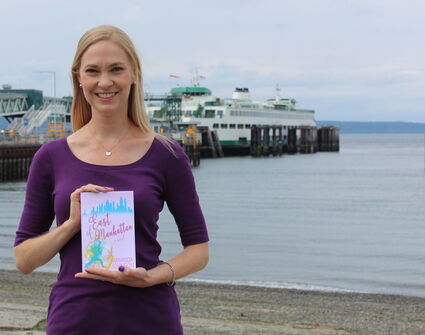 Amanda Johnson holds her debut novel at Brackett's Landing North in Edmonds. She hopes to do some filming in town soon.

While living in New York, Amanda Johnson says there were so many unusual "only in New York" moments in her life that she started keeping a journal, which she referenced while writing her debut novel, "East of Manhattan."

One of those moments, central to the book's plot, was inspired by her husband.

That's because it tells the story of Julie, a 35-year-old woman who yearns for a family more than anything. But there's a big obstacle: Her husband is a butler for a wealthy celebrity and forced to live in the basement of the man's house instead of at home with his wife.