Pilot rescued after plane goes down near marina 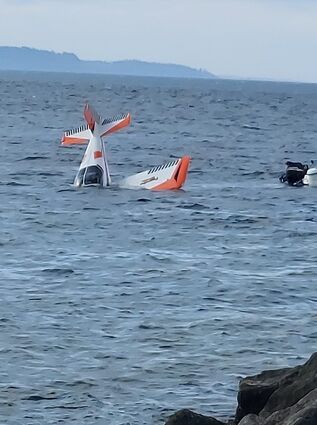 A plane crash landed into Puget Sound Aug. 26 near the Edmonds marina. The plane quickly sank, but the pilot escaped unharmed.

An eyewitness to the Aug. 26 crash of a small plane near the south end of the Edmonds Marina breakwater said the pilot landed the plane in a controlled descent.

"It appeared the propeller was stationary in a vertical position," said Milo Hegamin....