City is not pushing pause on portal 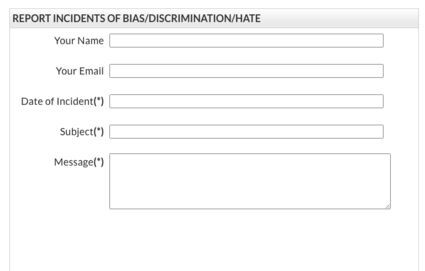 Petty crime within the animal kingdom – we're looking at you, seagulls – isn't exactly the most pressing issue in Edmonds, and it likely isn't one beachgoers have reported to the city government or entered into the official public record.

Until now, that is.

For the past month, a page containing a form to report incidents of bias, discrimination, or hate has lived on the City of Edmonds website. During that time, the City has received numerous reports through this online portal.

As of last Thursday, however, only one of those submissions appeared to have been made in earnest, accordin...

I say this. The purgery signage requirement is a big and dangerous problem for citizens. You couldn't pay me to use this portal. So for me I say let the city use it...they I understand already have one livid citizen.... I suggest to all, don't use it. First it's silly. It will not help. Anything you do see or hear will be gone before the message reaches someone. So why give all your personal info to a computer you have no control over the security of that computer. But, apparently our city government likes to live on the edge...ok you are getting real close to edge now. I think a few steps back would be in order. The council I thought voted on this or discussed and I believe declared their opinions. I believe there were Yays and Nays...I want it declared here. Who said a clear yay and who said nay.