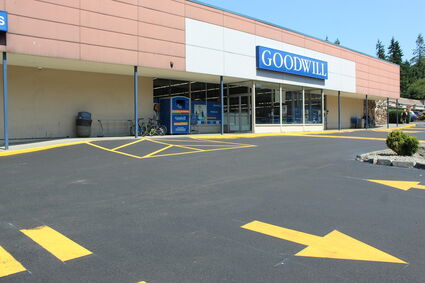 Goodwill in Edmonds has a newly paved parking lot.

Although not officially confirmed with Goodwill Seattle, a manager at the Edmonds location, in the QFC Westgate shopping center, said it's "99.9%" certain that store will remain after its 10-year lease expires Dec. 1.

Another Goodwill employee confirmed that Goodwill spent about $90,000 on repaving the parking lot.

The Beacon has an email and phone call out to Goodwill spokesperson Tammy McKenzie.

Goodwill Industries is a nonprofit organization that offers social services but is best known for its retail thrift stores.