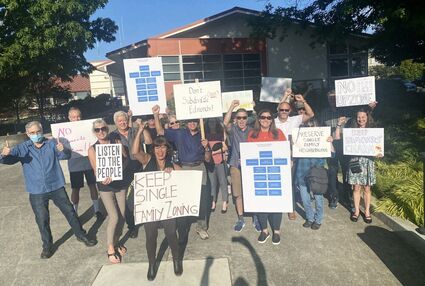 Mayor Mike Nelson and city councilmembers are getting an earful from angry citizens at Tuesday's council meeting, many expressing their frustration at the Housing Commission recommendations that would bring more density to a city that consists primarily of single-family housing.

They are also speaking out about Nelson's "anti-hate" portal, which would, in part, rely on citizens to report on acts of racism and discrimination.

The full audience at the City's second hybrid meeting – both in council chambers and online – was delayed for more than 30 min...