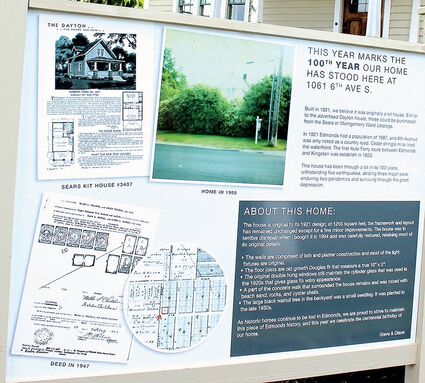 Here is the information on Steve Christiansen sign planted on his Sixth Avenue South lawn. read the story.

Built in 1921, we believe it was originally a kit house. Similar to the advertised Dayton house, these could be purchased from the Sears or Montgomery Ward catalogs.

In 1921 Edmonds had a population of 1987, and 6th Avenue was only noted as a country road. Cedar shingle mills lined the waterfront. The first Auto Ferry route between Edmonds and Kingston was established in...