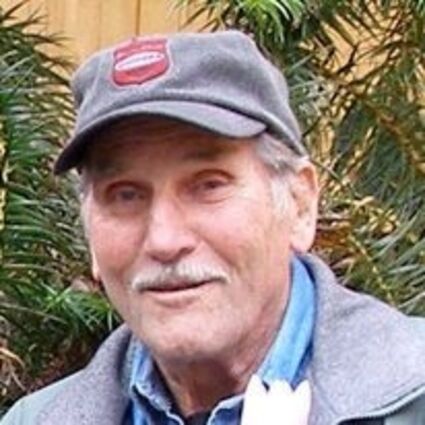 Bill was born in Dodson, Montana, on his parents' homestead. In 1926, the family moved to Spokane, where he was raised with his three brothers; Joe, Ben and Les. The Taylor boys were well known in the neighborhood for their antics.

Bill enlisted in the Marine Corp during WWII and received a medical discharge. He attended WSC (now WSU), where he met Beverley, his future wife and mother of their five children. They settled in Seattle, where Bill graduated from the UW with a degree in electrical engineering.

He began his new career at Seattle City Light. The family moved a few times as he was offered work at several PUDs in the Northwest; Newport and Reedsport in Oregon; Kennewick and Kalama in Washington; then back to Seattle.

He finally ended up in Edmonds, where he retired from Snohomish County PUD in 1993. Bill spent his retirement at his Edmonds condo overlooking the Salish Sea, Olympic Mountains and the Edmonds-Kingston ferry.

Bill had a passion for learning new things. Recent interests included creating short films with his iPhone and iMac. You may have seen him walking around Edmonds filming clips for his iMovies or drinking coffee at Café Louvre.

He always had something to read. His favorite "light" reading material included books by Howard Zinn, Lerner, Sternglass, Chomksky, Dawkins, or anything about cosmology. He was intelligent, a problem solver, a progressive, a Humanist, and had a sense of responsibility to future generations and the planet.

Bill believed in standing up for what is right. He always enjoyed a lively conversation on the origins of the universe, climate change, politics and countless other subjects. He instilled in his family and friends the values that remind us to look beyond ourselves. In spite of his knowledge of serious issues, he never took himself too seriously.

He always had a twinkle in his eye that conveyed his offbeat sense of humor and good nature. A tough act to follow.

He was preceded in death by his wife, Beverley Taylor; parents Julie and Harrison Taylor; brothers Joe, Ben and Les; and his granddaughters, Amanda and Seren.

to look back in time

at the wonder of it all."

Celebration of Life at Café Louvre 6-8:30 p.m. July 16. Donations can be made to the American Humanist Society or End of Life Washington.