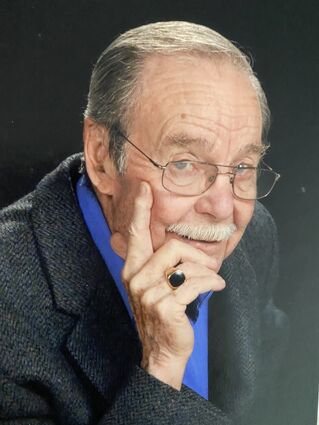 Robert "Bob" B.N., 96, of Edmonds passed away peacefully in Everett on Tuesday, June 8, 2021. Bob was born on July 31, 1924, to Marguerite and Ralph N. in Marlboro, Massachusetts. He attended Hudson High School with his high school sweetheart, Pauline, who would become his devoted wife of 62-plus years.

Like so many patriotic young men and women, the events of Dec. 7, 1941, in Pearl Harbor, compelled Bob, at age 17, to bravely take action and enlist in the U.S. Navy on July 5, 1942. During WWII, Bob served as an Aerographers Mate (weather guesser) first on the USS Essex CV-9, which had a very active role in the war's Pacific Theater.

He and Pauline, who also served honorably during WWII as a member of the WAVES, married in uniform while on leave on Nov. 5, 1944. After his tour on the Essex, Bob never returned to sea, continuing his career with the Naval Weather Service in locations that include NAS Olathe, Kansas; Argentia Naval Air Station, Newfoundland; NSA Washington D.C.; NAS Agana, Guam; NS Sangley Point, Philippines; NAS Sandpoint, WA; Naval Station Yokosuka, Japan; NAAS Fallon, Nev.; NAS Sandpoint (again); and finishing at NAS Whidbey Island.

During this time, he advanced through the ranks to Chief Petty Officer, was commissioned a Warrant Officer on Jan. 17, 1953, and retired on June 30, 1972, as a Chief Warrant Officer-4.

During all these travels, he and Pauline raised two sons, Richard and Michael, both of whom followed in Bob's footsteps by serving in the U.S. Navy. A lifelong Roman Catholic, Bob was last a parishioner at Holy Rosary Catholic Church in

Edmonds, and one of his favorite activities was Sunday brunch with friends after Mass.

Until recent years, you could find Bob enjoying a cold beer and his pipe, while gearing up to tell a military story or cheeky joke. He is also fondly remembered by his boisterous trademark, his ability to whistle using any two of his fingers, a trait he continued to demonstrate until just a few months ago.

Bob is survived by his sons, Richard (Angie) and Michael (Vicki); four grandchildren, Brian, Robert, Heather, Nicolas, and their respective spouses; as well as four great-grandchildren.

He is predeceased by his parents; two sisters, Jane and Gloria; his wives, Pauline and Barbara; and many longtime friends.