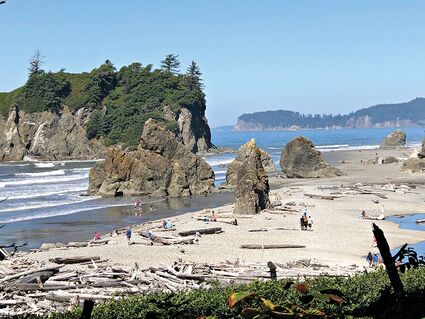 Diversity takes center stage at Olympic National Park. Often referred to as "three parks in one," this wonderland boasts three different ecosystems: rugged, glacier-capped peaks, old-growth and temperate rain forests, and over 70 miles of wild Pacific coastline. Much of the park's interior is accessible only by trail, but there are several scenic drives that lead to various key destinations.

At the southwest end of the park is the Quinault Valley, known as the "Valley of the Giants." It's home to the largest Sitka Spruce tree in the world. Within the valley is the Quinault Rain Forest, whic...