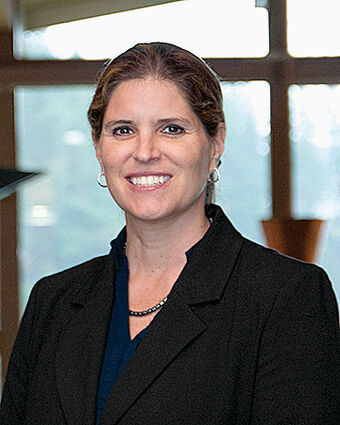 Gov. Jay Inslee recently signed a dozen House and Senate bills in an effort to improve accountability for law enforcement in Washington state, including one sponsored by Rep. Strom Peterson (D-Edmonds) that relates to the uniform electronic recordation of custodial interrogations act.

Peterson said his specific legislation is a first step toward regaining public trust.

"At its most basic, recording interrogations will keep innocent people out of jail and prison," he said. "This is especially true when it comes to young individuals who might not fully understand their rights. This bill will bring more transparency and accountability to law enforcement, both of which are crucial right now to reestablish trust among the communities they serve."

Among other items, the bills create an office of independent investigations that reports to the governor, prohibits certain uses of force, and will require more thorough oversight requirements for hiring and for reporting misconduct.

"The crises of the past year have unmasked long-standing inequities in our society," Inslee said in a news release. The consciousness of our state and nation has been raised against inequity in many forms."

Edmonds Interim Police Chief Michelle Bennett said her department is aware of all of the legislative bills addressing police accountability and are in process of updating policy, providing training, and seeking necessary equipment and personnel to come into and remain in compliance.

"These bills are significant and will provide opportunities for law enforcement to self-evaluate and evolve," she said. "The Edmonds Police Department has been consistently well supported by our community, and these new bills will allow us another opportunity to demonstrate the commitment and professionalism of our staff."

Bennett said that, on May 25, the department earned Washington Association of Sheriffs & Police Chief reaccreditation approval, consistently meeting best practices for over 150 standards and/or points of compliance.

"They will be instrumental leaders for us as we modify and implement policy and practices related to these new bills. We fully support the continued building of trust and transparency with our community."

It was in January that a report issued by the City of Edmonds, http://www.bit.ly/3zfFDVh, detailed numerous deficiencies and oversights in the Edmonds Police Department regarding public safety and policing.

The conclusions came seven months after Mayor Mike Nelson announced the formation of the Mayor's Equity and Social Justice Task Force to create reforms to address what he said was police violence and systemic racism.

The report – which Nelson said he wanted "to help assist our next police chief in leading our police department into the future," came almost two months after Nelson offered – and then rescinded – the open police chief job to Sauk-Suiattle Police Chief Sherman Pruitt over Acting Police Chief Jim Lawless.

During the reaccreditation, Bennett said Edmonds' training unit was specifically recognized for its high level of performance.

Here's a brief look at the bills Inslee signed:

– House Bill No. 1140: This concerns juvenile access to attorneys when contacted by law enforcement.

– House Bill 1223: Relating to the uniform electronic recordation of custodial interrogations act. The primary sponsor of this bill was Rep. Strom Peterson (D-Edmonds).

– House Bill 1267: This concerns the investigation of potential criminal conduct arising from police use of force, including custodial injuries, and other officer-involved incidents.

– House Bill 1310: This relates to permissible uses of force by law enforcement and correctional officers.

– Senate Bill 5066: This relates to a peace officer's duty to intervene.

– Senate Bill 5259: Related to requiring reporting, collecting, and publishing information regarding law enforcement interactions with the communities they serve.

– Senate Bill 5263: Concerns defenses in personal injury and wrongful death actions where the person injured or killed was committing a felony.

"Our moral mandate to acknowledge these hard truths crystallized in the fallout from the killing of George Floyd in Minnesota, and the killing of Manny Ellis in Tacoma," said Inslee. "The bills I am signing respect these truths and lay a solid foundation to halt inequity's pernicious influence in our systems of government."

Related: Read a column from former Acting Police Chief Jim Lawless on the use of force, body cameras, and more: http://www.bit.ly/35414e6.