"I’m sorry that I’ve worried everyone so much' 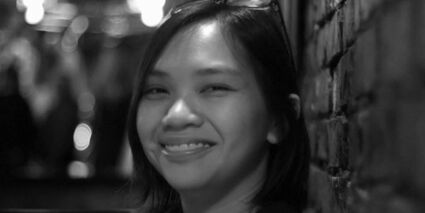 A worker at Jaiya Café in Edmonds suffered a head injury June 6 while pursuing a suspect who attempted to steal her handbag.

Edmonds Police Sgt. Josh McClure said there is probable cause for first-degree robbery, and the department is seeking information on the suspect, who is at large.

“The victim was not attacked, to our knowledge,” McClure said. “She did chase after the suspect and fight to retain her belongings. In doing so, the suspect continued to flee, using a vehicle. During the victim’s efforts to retain her property, she fell to the ground as the suspect fled in the vehicle.”

According to Jaiya Café owner Chee Wong, Lina Luu – who also worked at nearby Ono Poke – was taken to a hospital’s intensive care unit “but will hopefully be able to return home soon,” he wrote on Facebook.

On Tuesday, Luu posted on Instagram that she was thankful for the love and support she’s received, and that “I’m sorry that I’ve worried everyone so much.”

Luu added that her injuries are serious but do not require surgery. “Mostly I am tired and woozy.”

McClure said that an Edmonds detective met with Luu for an interview at the hospital. He added that the said the suspect is described as female, approximately 5-foot-4 with long curly dark red or brown hair.

The woman’s hair appeared to have been dyed, McClure said, and she was last seen wearing gray hospital scrubs with a long-sleeve white shirt underneath.

The suspect vehicle is similar to a silver or champagne colored Acura MDX, he said.

Wong created a GoFundMe page for the employee to help pay for hospital expenses: https://bit.ly/3cmsS1x.

As of Thursday morning, more than $18,000 has been contributed.

“To know Lina is to know how unique a person she is,” Wong wrote. “A well-known and beloved face around Edmonds, you would be hard pressed to find any coffee, beer drinker, or poke lover that doesn’t have a fond memory of her. Everyone who knows her knows that Lina never settles for good enough, but instead tries every day to be a little better.

“To learn a little more, to get closer to pulling the elusive perfect espresso shot, or just to make someone’s day a little brighter. She is quick to memorize a new customer’s order, and she goes out of her way to make sure her regulars’ drinks are just the way they like them.

“She is always the first to lend a hand, be it filling in for a coworker or helping with a beautiful woodworking project, and for her friends there isn’t anything she wouldn’t do.

“Lina gives so much of herself to her community, and we want to show her that as her community we are here for her. Please consider donating if you can, or share to help us reach our goal. We thank you all dearly, every little bit helps.”