A year in, still rallying for social justice 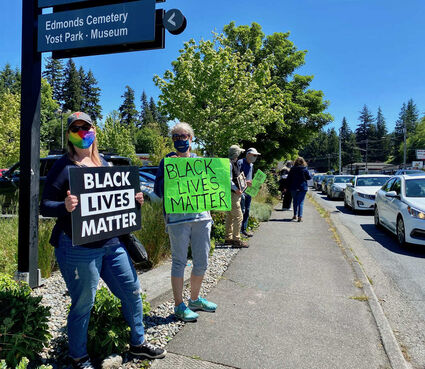 The rally for social justice continued Saturday in Edmonds, one year after it began.

A year later, they're still gathering in Edmonds.

Last Saturday, May 29, marked the one-year anniversary of an ongoing Black Lives Matter vigil and protest that started shortly after the death of George Floyd at the hands of a Minneapolis police o...

Janet, you are so sweet. I loved reading this article. It seems you have found a way to support Black Lives Matter and find a way to feel included and make new friends. I am happy Edmonds has you and those new friends are too. Kisses.