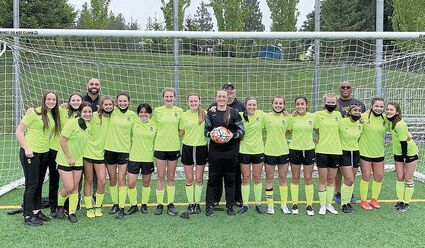 FC Edmonds Girls 2005, led by John Lowdon, Alvin Little, and Josh Cardin, have only lost one game in four years.

The FC Edmonds Girls 2005 team has booked their ticket for the third straight season to the NPL Finals (Nationals) July 8 in Denver. The team is coached by head coach John Lowdon, Alvin Little, and Josh Cardin.

FC Edmonds is the competitive soccer...