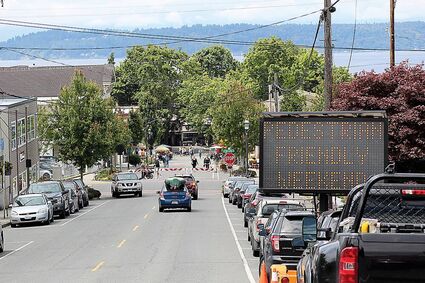 From 2020: Walkable Main Street in Edmonds.

That's not going to happen, said Mayor Mike Nelson during Tuesday's City Council meeting, doubling down on his decision earlier this month to close Main Street to traffic from Third to Sixth Avenues both days, similar to last year. www.bit.ly/3yYn48f

Nelson's decision wasn't popular with many downtown retail businesses, who held a rally April 10 at the fountain to "Save Our Saturdays."