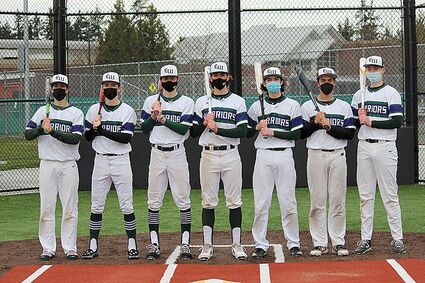 The Edmonds-Woodway baseball team finished the COVID-shortened baseball seaon with a 9-4 record, a winning percentage of .696.

The team included five varsity players who were part of the 2016 Pacific Little League team that won the state championship, going on to the Western Regionals of the Little League World Series Tournament.

The squad was the first to play at the Warriors' new and improved baseball field.

"Our final record would have won the 3A Wesco South regular season in a normal year, less seven games." said assistant coach Will Budnick.

"This year, there were no North and South D...