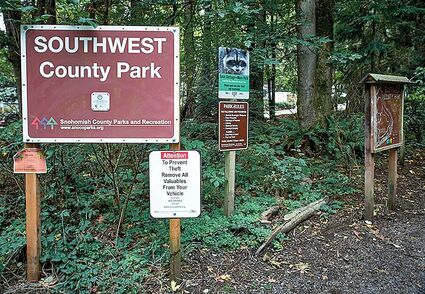 Trees in Southwest County Park in Edmonds were vandalized with hate symbols recently.

Edmonds Mayor Nelson on April 29 laid out a series of steps to tackle what he said are repeated "acts of hate" in the city.

The steps were prompted shortly after the City and Snohomish County officials were notified by an Edmonds resident of spray...