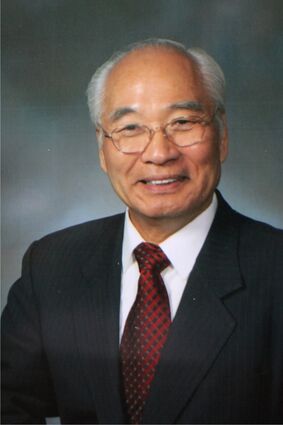 Dr. Paull H. Shin, who served in the 21st Legislative District for many years, died peacefully in his home April 12, 2021. He and his family have been residents of Edmonds since 1968.

Dr. Shin was the first Korean American elected to the Washington state legislature, where he served for 18 years. He was born in Korea in 1935. He lost his family at an early age and survived, often begging for food on the streets of Seoul until the outbreak of the Korean war in 1950, at which point he became a houseboy for a group of U.S. Army officers.

In 1954, one of them, a dentist named Dr. Ray Paull, adopted him and brought him to his home in Utah. Despite knowing little English, Dr. Shin completed his GED in 18 months, went on to earn his BA in political science from Brigham Young University, an MPIA from the University of Pittsburgh, and both an MA and Phd from the University of Washington.

Dr. Shin was an American and Asian history professor at Shoreline Community College for 31 years, during which time he served several governors in many advisory capacities. He was a staunch advocated for education, trade, economic development, and strong families.

He worked tirelessly to help disadvantaged and marginalized populations to achieve the American dream. He encouraged students, immigrants, and young people everywhere to get involved in local government and become a positive force for progress and change.

Dr. Shin during his life was also very active serving in the Korean American community, many worthy organizations, and the Church of Jesus Christ of Latter-day Saints, where he served as a missionary and mission president of the Korea, Seoul, mission.

In lieu of flowers, donations to Mukilteo Boys & Girls Club, Veterans of Foreign Wars, or World Vision would be greatly appreciated.