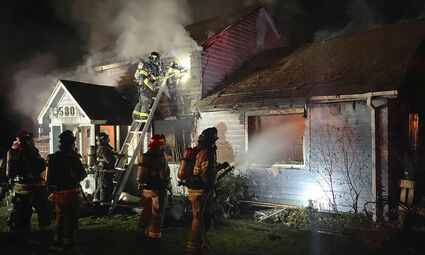 Two people were seriously injured over the weekend in an early morning house fire in the Meadowdale area north of Edmonds.

Three other people were in the...