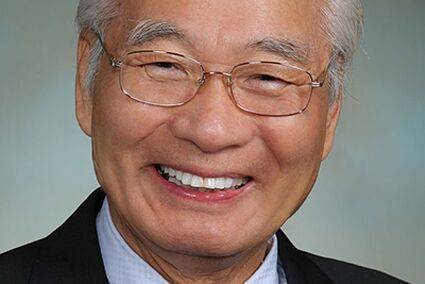 He and his family have been residents of Edmonds since 1968.

"Sen. Shin was one of those inspirational people whose incredible life story built a man of character and compassion," said 21st District Rep. Strom Peterson, himself an Edmonds resident.

"He cared deeply for the people of the 21st District and the State of Washington and his tireless efforts on higher education will leave a lasting legacy."

Shin was the first Korean American elected to the Washington state legislature, where he served for 18 years. He was born in Korea in 1935.

"Sen. Paull Shin will be missed by many in the Korean American community," said Rep. Cindy Ryu, whose 32nd Legislative District serves a portion of Edmonds.

"Even before his service in the Legislature, he was a long-time real estate agent handling many transactions and attending community events, including my wedding 38 years ago. My condolences to Donna, his extended family, and his LDS church community."

Look for a story in the April 22 Beacon.