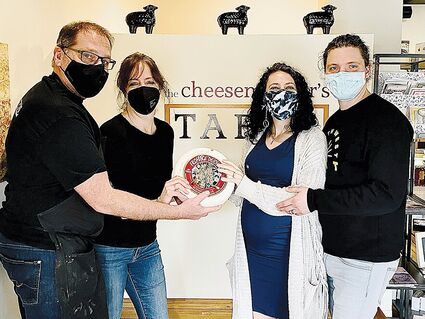 Strom Peterson and Maria Montalvo, at left, with Kris and Kali Kelnero, who are opening the Vinbero wine bar at the former site of The Cheesemonger's Table, which closed April 1.

Kris and Kali Kelnero of Kelnero on Main Street in Edmonds plan to transform The Cheesemonger's Table on Fifth Avenue South into a wine bar called Vinbero.

I love the atmosphere of a classy wine bar. This will be cool. Welcome to you.