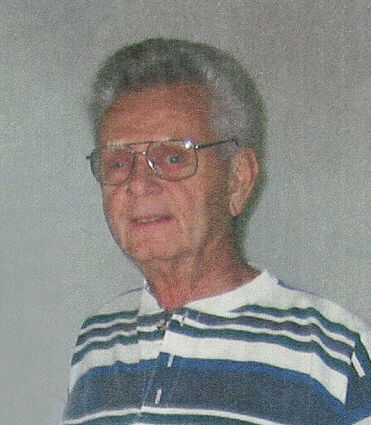 He graduated from high school in Aberdeen, South Dakota, in 1953 and in the fall of that year enlisted in the USMC. He served in Korea and Okinawa as a radio operator and was honorably discharged in September 1956.

Al was hired by Boeing, which brought him to Seattle. He met Florence Margaret Jackson in 1957 and walked down the aisle October of that same year. He held a variety of jobs, including driving buses for the Seattle Transit System prior to establishing the business known as The Sharpeners/Associated Industries in 1976.

Al retired in 1990 and spent the next 30 fall and winter months in Yuma, Arizona, and enjoyed a beautiful life in Edmonds during the spring and summer months.

The neighborhood kids will always remember his mentoring in woodworking, gardening, and many other skills. He kept active by playing tennis, pickleball, and golf. Many open fishing seasons he could be found on some lake fishing for his favorite trout breakfast. He volunteered as a bus driver for the trips and activities organized by the Edmonds Senior Center. He also volunteered at the various local community food banks.

He is preceded in death by his parents, John and Esther, and brother, Robert Humann.

The family wishes to thank Evergreen Hospice, his VA caregivers, friends, neighbors, and family for their loving care and support.

No services are being planned at this time; a gathering and celebration will be held at a later date. Until that time we will celebrate his life, filling the void left to those of us that knew and loved him dearly.

In lieu of flowers the family requests your donations be made to your favorite charity or local food banks,.