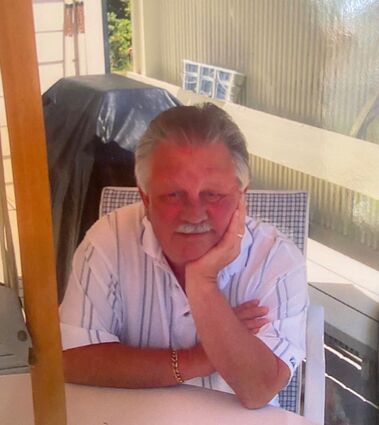 Norm was born May 21, 1948, in Seattle to Sven Olson and Esther (Linseth) Olson. He graduated from Ingraham High School before serving honorably in Vietnam with the Army's First Aviation Brigade.

Upon his return, he raised two daughters, Denise and Nikki, and led a successful career in sales. In July 1989, he married Margaret "Peggy" Pritchard Olson.

Norm was fond of his small town of Edmonds, where he could often be found spending time at the marina or visiting his friends at the bank. He enjoyed traveling the world with his wife, particularly via cruise, and took incredible pride in her work with Edmonds City Council. Many may remember his truck that was filled with campaign signs during election season! He seized any opportunity to be on the water and spent many of his younger years fishing. He was an avid dog lover, had a rambunctious spirit, and was never without a smile when spending time with his family.

Norm was preceded in death by his wife, Peggy; his parents, Sven and Esther; and his sister Shirley Eirleen. He is survived by his daughters Denise (Rodney) Cohnheim and Nikki (Billy) Langenbach; the mother of his children, Linda Bell; granddaughters Bethany (Karl) Gutfrucht, Emma Cohnheim, and Madison Cohnheim; and a number of nieces and nephews.

In lieu of flowers, donations may be sent to Friends of the Edmonds Library or Swedish Cancer Institute.