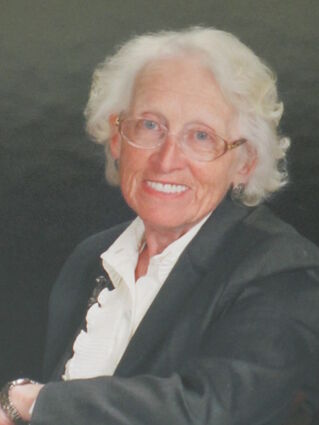 Shirley is survived by her loving husband and partner in everything for 64 years, Ron; sons Robert of Portland, Oregon, Ron (Becky) of Everett, and David of Montreal; as well as daughters Catherine of Montreal and Deborah of Marysville.

She also leaves behind six grandchildren and one great-granddaughter, as well as her brother Gordon Burgess (Laurie) of Dartmouth, Nova Scotia, and many nephews and nieces in Ontario and Nova Scotia. Shirley was predeceased by her parents and her sisters Gloria and Ann Marie, her brother Harry, and in 2019 her grandson, Steven.

Shirley was a very devoted wife, mother, and grandmother. She never once complained when Ron's employment caused the family to leave Halifax in 1961 to live in Montreal and then, during the following 18 years, on to Victoria; Vancouver; Quebec City; Sorel; Halifax; Montreal; Beaverton, Oregon; and Seattle.

Shirley was an award-winning gourmet cook who loved to host family, friends, and Ron's business acquaintances. She was devoted to her church, Holy Rosary Edmonds, volunteering to help at wedding and funeral receptions, as well as being a very enthusiastic member of the Grotto Girls, who meticulously maintained the church's grotto each week.

Shirley loved to travel. On summer vacations, she and Ron took their children on driving trips to all 48 contiguous states. After being married 25 years with no children left at home, they went on vacation to Martinique. In the years that followed, they visited European and Asian countries numerous times.

They climbed Mount Kilimanjaro, the first and only mountain they ever climbed, in 1994, and they drove across Tibet in 1997. Their travels came to an end in 2016 when Shirley's health deteriorated as a result of heart disease and dementia.

Viewing will be at Beck's Tribute Center March 10 from 5-7 p.m. Flowers may be sent to Beck's. Funeral services will be held at Holy Rosary Church Edmonds at 10 a.m. March 11. Burial will follow at Edmonds Memorial Cemetery.