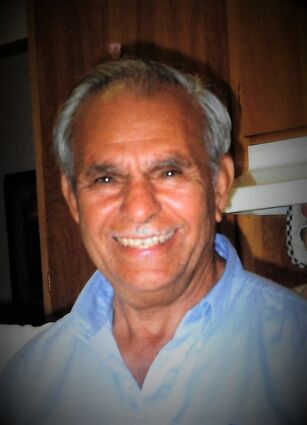 Armando grew up in Italy, in a town called Paola. This is where he fell in love with his forever love, by one look at a picture set upon a wall. He set his sights on Maria Teresa DePaola (Sina); they married on Aug. 28, 1953. They celebrated 67 years of marriage.

Armando and his bride moved from Italy to Alderwood Manor, Washington. They settled and lived in Lynnwood for 40-plus years, then the last 20 years in Edmonds.

When moving to Washington, Sina had relatives to support the young couple's start. Armando built roads up on the Olympic Peninsula, learning to handle large road equipment and machinery. He loved moving big piles of dirt. After a while, Armando decided it was time for him to start his own business.

He exhibited all the traits of an entrepreneur. He started a general contracting business, A.C Builders Homes Inc., that spanned more than 50 years of successful outcomes. He was involved in owning a quarry and cabinet shop.

Armando was a creative thinker, and often invented things to make life easier to deal with – and everyone that knows him has been exposed to his inventions.

Armando loved to golf. He was exceptional at it. He did bowl as well, and was incredibly good at that, too. Armando was a watercolor painter. He took college entry classes to become skilled at his work. Many an art shows displayed his art.

He was a Master Gardener, growing many types of vegetables and plants. He was so giving with his bounty. People that knew him were never short of vegetables for their meals.

Armando was an advocate for issues and people in the political arena, always doing what was good for the community.

There is so much more to add for Armando because he was a larger-than-life figure; everyone he came into contact with left a bit better off.

He is survived by his wife, Maria Teresa (Sina); his daughters, Luana Chilelli (her partner Marty Krueger), Teresa Chilelli-White (her husband Bruce White), and Donna Chilelli; and grandson Johnathan White.

There will be a memorial in the late spring or early summer to celebrate his remarkable life.

Donations can be made in his name to The American Chronic Pain Association at (theacpa.org).