Taking the plunge for her birthday 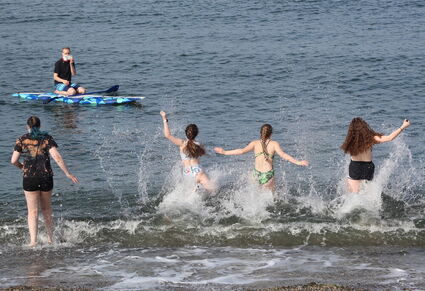 As she does every year, Faith Murray wanted to celebrate her birthday in style. And she wanted to make it mean something.

The 17-year-old accomplished both on Saturday, Feb. 27, plunging into Puget Sound in Edmonds with a few friends while raising funds for Puget Soundkeeper.

"I love the ocean," Faith said after returning from her brief dip with her mom, Libby, looking on. "It's a place of sanctuary for me. It's calming."

Faith, a member of the Lynnwood High School swim team, chose the nonprofit Puget Soundkeeper, which works to preserve the Salish Sea's inland waterway, after taking an environmental science class.

She raised funds through Venmo with the support of family, friends, and classmates.

Last year, Faith raised $1,600 to help build a library for people in a small village in the West African country of Togo. She and others swam a combined 525 laps around the Lynnwood Recreation Center Pool as part of her project called "Laps for Libraries." The number was chosen for the number of kilometers it was from the village to the nearest library, in the capital city of Lome. 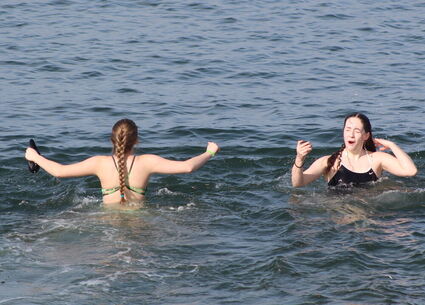 If Faith looks familiar, it's because she's been profiled by news organizations before, including as one of "Eric's Heroes" on KOMO TV.

Faith has a rare bone disease, chronic recurrent multifocal osteomyelitis, which sometimes confines her to a wheelchair and can bring her to tears.

There are good days. There are bad days.

Saturday was an extremely good day.

And helping others is nothing new for her. She is a Rockstar Ambassador for the Melodic Caring Project, a free resource for any child or teen struggling with a serious illness. The organization streams live music concerts, from top music artists, to children who are going through medical challenges.