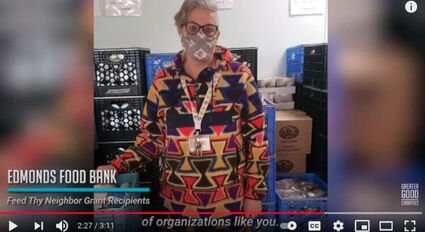 Casey Davis of the Edmonds Food Bank was featured in a Feed Thy Neighbor video.