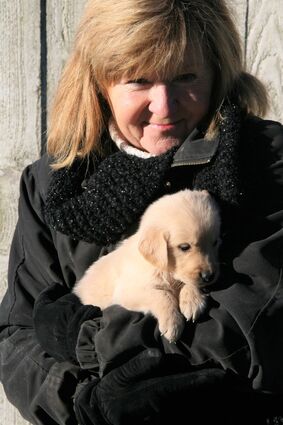 Alyson Harwood of Edmonds died Jan. 10, 2021, with her loving husband Randy holding her hand. She was born March 10, 1949, the first child of Rose Rinella and Ace Harmer. She was the oldest of four children, and grew up in southeast Portland and then Lake Oswego, Oregon.

As a young girl, she was creative and imaginative and enjoyed spending time with her large family of aunts, uncles and cousins, occasionally getting into mischief with them. She graduated from Lake Oswego High School, where she practiced her creativity, making homecoming floats and in her spare time designed and created colorful papier mache bangles and jewelry, which were sold at Nordstrom.

She was an accomplished pianist, earning honors at several piano competitions, and her "Clair De Lune" was haunting. Alyson went on to study music and literature at Willamette University, graduating with a degree in English literature.

Early in her career, she worked in customer service for Pacific Northwest Bell, where her "bright" smile and people skills served her well. She went on to work at Ackerley Airport Advertising/JCDecaux and was a top salesperson for airport advertising, becoming the Western Regional Sales Manager.

This position allowed her to travel to Hawaii and many cities throughout the Western states, where she was known for her charm and ability to relate to people.

She was staying in downtown New York City on 9/11, but luckily was at a work office in New Jersey that fateful day. She spent three days walking the streets in the aftermath before making the decision to rent a car and drive to Chicago with her workmates. She finally made it home Saturday on a standby flight.

She married her husband Randy on May 22, 1993, and he shared her love of warm places and travel. Alyson had an eye for beauty and color, and decorating became a passion. Her home was one that could have been featured in "House Beautiful." As an accomplished seamstress, she sewed curtains, seat covers, and pillows to add that special touch to their home overlooking Puget Sound.

When she retired, she threw herself into gardening and landscaping. She loved her animals and hummingbirds, especially her dogs. Her father-in-law once commented that he wanted to come back as one of her "dogs."

Alyson also pursued her love of art by volunteering with the Edmonds Art Festival. She was the director of marketing/advertising for several years.

Alyson is survived by her husband, Randall (Randy) Harwood; dogs Vinny and Cosmo; her sisters Mary Anne Harmer (Mike), and Kathleen Stewart (John); and her nieces and nephews, who she adored: John, Christopher, Paula, Nicole and Angela. She is preceded in death by her brother Paul, father and mother.