Site will be used for brewing Salish's beer 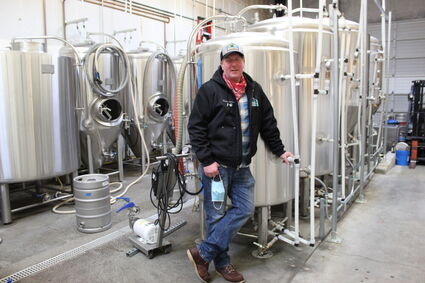 Expanding a business during a worldwide pandemic is a tough call. But Jeff and Erika Barnett, who own Salish Sea Brewing Company on Dayton Street, are moving ahead with plans to expand into the space formerly housing American Brewing Company, which closed last year after opening in 2011.

Jeff Barnett admits that expanding was a difficult decision. But his plan is to move all brewing operations down to the Harbor Square site, while using the gained space – about 250 square feet – to provide more seating at the Salish Sea taproom/restaurant for customers.

"We had been thinking about it fo...