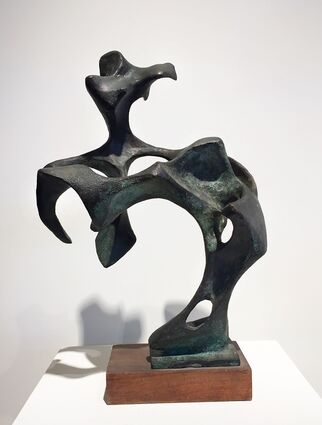 Cascadia Art Museum reopens Thursday, Feb. 4, with a new exhibition, "The Sculpture of Charles W. Smith." Originally from Woodside, New York, Smith (1922-2009) was a well-known Seattle sculptor whose worked shifted from an early focus on biomorphic abstractions of the human form to more condensed set of geometric shapes later in his career.

After completing his college degree in industrial design at the American Art School and Pratt Institute in 1948, he earned his BFA in sculpture at the University of Washington in 1952, where he also taught design and drawing.

He was recognized as one o...