State on track to allow schools to waive graduation requirements 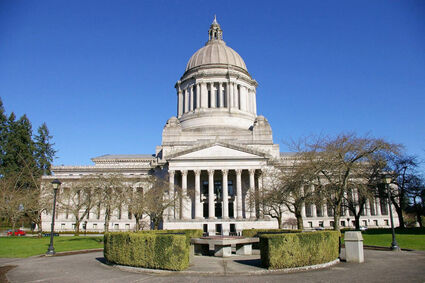 Washington high school students wrestling with remote learning programs cobbled together as COVID-19 gripped the state in 2020 and now struggling to meet graduation requirements may well get some help from lawmakers.

The state House of Representatives on Jan. 27 passed a proposal that would allow school districts to waive requirements for students they feel deserve to graduate. The bill, HB 1121, won wide bipartisan support in the House and is on a fast track to the Senate. It includes an emergency provision, meaning it would take effect immediately upon enactment.

The bill echoes the temporary waiver implemented by lawmakers last year at the end of the legislative session.

According to the Board of Education, which requested the bill, about 4% of graduates last year benefited from a credit waiver and nearly 10% of graduates required a pathway waiver, due to suspension of state subject proficiency testing.

During House debate Jan. 27, Rep. Monica Stonier (D-Vancouver) argued in favor of the bill as a lawmaker and parent of a high school senior.

"I'm asking for a yes vote on this bill, so that this year's seniors can find steps of certainty toward graduation day ... and know that a student who is prepared to graduate, to enter into their career, go to college, or whatever their future holds, will not be held back this year because of a pandemic that all of us wish to see end sooner than it is," Stonier said.

Opponents worried students in the end might be ill-served by the proposal, and that the pandemic shouldn't leave them less-well prepared or dilute the meaning of a high school diploma. They argued the state set a record graduation rate of 82.9% in 2020 after temporary waivers took effect.

"What we want to do is make sure that a high school graduation has meaning," said Rep. Jim Walsh (R-Aberdeen), who described his vote on the bill as a "regretful no."

"This is important, not just to the graduates, to make their achievement real and meaningful, but it's important to everyone in the state," Walsh said. "It's important to taxpayers who want to know that their tax dollars are being used to provide really good education to high schools and it's important to employers that want to be sure that a young person with a high school diploma has those basic skills."

To grant waivers, schools must make a good faith effort to help students achieve standards. Only students who were expected to graduate before the pandemic emergency are eligible.

Once granted, schools must adopt a resolution outlining a process students have to follow, as well as an appeal process for rejected requests. The schools also must maintain a record of courses and requirements waived and note which credits were waived on the student high school transcripts.

"At the end of the day, we have those kids, we're still in COVID, and they will need waivers, which is why ... I will be a yes," explained Rep. Alex Ybarra (R-Quincy).

Lawmakers amended the bill to address some of the concerns expressed by opposing lawmakers, implementing mechanisms for schools to report how the waivers were used and more clearly defining the emergency conditions that allow for graduation requirement waivers.

The Washington State Journal is a nonprofit news website managed by the Washington Newspaper Publishers Association Foundation, which The Beacon is a member of. Learn more at wastatejournal.org.