Getting it right, and getting it wrong, on 'Jeopardy!'

The tension for Tim Raetzloff increases as his game moves on 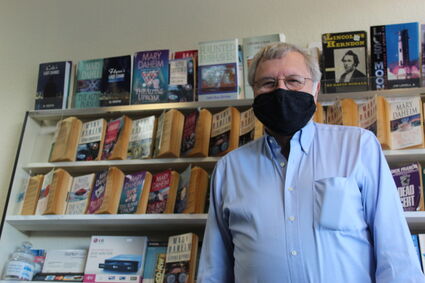 Tim Raetzloff inside his computer repair shop at Harbor Square in Edmonds.

Editor's note: Edmonds resident Tim Raetzloff, who writes the History Files column for the Beacon, was a contestant on a "Jeopardy!" episode that aired in January 1989. (His show was taped late in 1988.) After the death of longtime host Alex Trebek in November – Trebeck's last taped show aired Friday, Jan. 8 – the Beacon asked Raetzloff to reflect on his game-show experience. You can read part one at www.bit.ly/2Lk8KTl. Here is part two.

Dinner ended, and we went back to the set to tape two more programs. Peggi Malys won twice more, but there was some intrigue in the process.