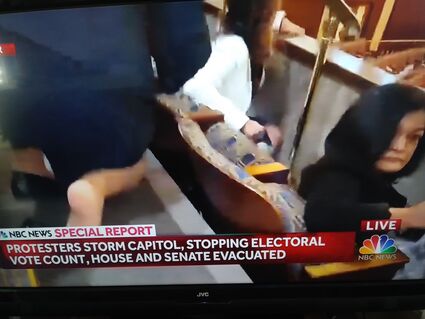 "I just received a positive COVID-19 test result after being locked down in a secured room at the Capitol where several Republicans not only cruelly refused to wear a mask, but recklessly mocked colleagues and staff who offered them one," she wrote on Twitter.

On Dec. 6, during the riot at the Capitol in Washington, D.C., Jayapal was pictured in a widely seen video ducking for cover on the balcony inside the Capitol's House chamber.

She was later sent to the secured room with the maskless Republicans.