Game show memories: What is my 'Jeopardy!' experience

'Alex told me I had no chance of winning' 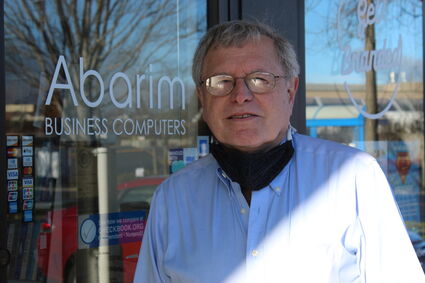 Tim Raetzloff at his Abarim Business Computers shop at Harbor Square in Edmonds.

Editor's note: Edmonds resident Tim Raetzloff, who writes the History Files column for the Beacon, was a contestant on "Jeopardy!" in 1988. After the death of longtime host Alex Trebek in November – Trebeck's last taped show airs Friday, Jan. 8 – the Beacon asked Raetzloff to reflect on his game-show experience. Here is part one.

More than 30 years ago, I had an opportunity to meet Alex Trebek when I was a contestant on "Jeopardy!" I had been a fan of the show when I was much younger, when it aired during the day from March 1964 to January 1975.

It had been resurrected a few years late...