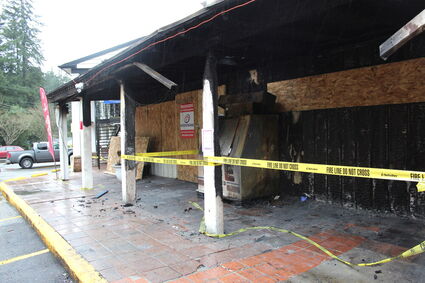 Edmonds police detectives announced Jan. 5 that a suspect in the Dec. 23 fire that destroyed Firdale Market in Edmonds' Firdale Village shopping center is in custody at Skagit County Jail. He is awaiting a court appearance on another charge.

According to Edmonds police Sgt. Josh McClure, detectives had probable cause to arrest James P. Doggett, 62, for arson.

Doggett, believed to be a transient, was contacted in the Firdale area before and after the fire was discovered, McClure said.

The fire is the second in less than a year at Firdale Village.

On March 13, firefighters extinguished a fir...