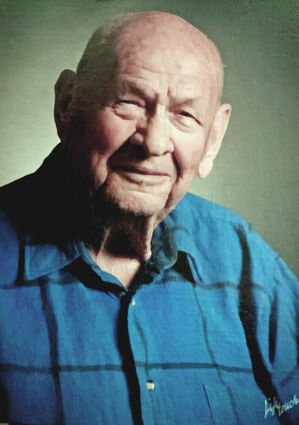 He was preceded in death by his parents; John J. and Anna Kaczka; his brothers, Leo and Eddy Kaczka; and sister Theresa Adamczyk. His surviving sister is Helen Raymond of Bristol. He will join his wife Marianne, son Steven, and daughters Moya and Joanna in heaven.

He is survived by his two sons: John (Cherie) Kaczka and Jerry (Suzanne Besson) Kaczka; and his stepdaughter, Bertine Hofmann. He had eight grandchildren and 11 great-grandchildren, and numerous cousins and nieces and nephews.

John resided in Bristol until he joined the US Navy in 1944. He was stationed in Bremerton, where he met his love, Marianne. They married in 1949. John and Marianne started Alpine House and Rug Cleaning at that time.

Son John took over the company when John retired. Now, a third-generation company is currently owned by grandson Kevin Kaczka in Everett.

In 1966, the family moved to Edmonds. Marianne preceded John's death in May 1994. John stayed in and maintained the family home in Edmonds until his passing. He passionately loved God, church, family, and gardening. John was an Honorary Life Member of Knights of Columbus, council 676. He was also part of the 4th Degree Honor Guard.

John left us with a legacy of his kindness, his generosity, optimism, and his ability to always see the best in others. His unwavering, positive attitude was an inspiration to everyone that John met.

In lieu of flowers, donations can be made to St. Jude Children's Hospital in John's name.