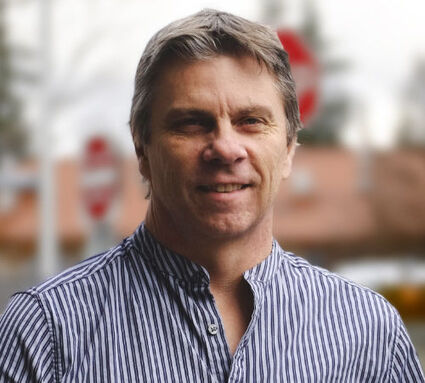 A city's budget is the single most important policy document it produces. So what do we make of Edmonds' 2021 budget, which councilmembers formally approved Dec. 15, as required by law?

And why should citizens care?

For one, it's your tax money that the city of Edmonds is spending. Sure, the city receives grants for expensive projects, such as replacing stormwater and sewer pipes. But the money comes from somewhere, and that paper trail usually terminates in your wallet or purse.

With that in mind, it's important to note that Edmonds' final citywide expenditure budget for 2021 is $118.8 million, and for the general fund alone is $45 million.

This compares to last year's city-wide budget as adopted, which had expenses of $130.3 million and $48 million for the general fund.

The general fund is the city's main operating fund for governmental services.

"Putting a budget together is a long process, with a lot of moving parts," said Finance Director Dave Turley. "I think the mayor was able to build a very sensible and sustainable budget, considering the uncertainties of 2021.

"We have also been very fortunate to be able to put together a fiscally responsible budget that does not include any layoffs or furloughs, something that unfortunately many of our neighbors are experiencing. A lot of hard work went into this by city staff, and our councilmembers spent hundreds of hours diving into the budget and listening to their constituents."

Mayor Mike Nelson presented his 2021 proposed budget to the council Oct. 5, which councilmembers had to approve. Two public hearings were held on the budget, and final deliberations were held Dec. 10.

When he presented his proposed budget, Nelson said that, in part due to the uncertainty of COVID-10, the city cut $4.5 million in expenditures from the 2020 general fund. Like many cities, Edmonds froze hiring, put off starting big projects, and cut travel and professional services.

The mayor added that for 2021, the city cut an additional $3.2 million requested by departments from the general fund.

Projected revenues are now improving, Nelson said in October, echoing Turley's assessment in August that, considering the effect the coronavirus had on regional and national economies, Edmonds' revenue situation was very favorable by comparison, in spite of decreased sales-tax revenue.

"I think that in 2021 our citizens will see no drop off in the services we provide," Turley said, "and we are hopeful that the money budgeted for the new Human Services program will provide valuable benefits to those who are the most needy among us."

That program was one of Nelson's top priorities.

It would include a full-time social worker, which the city has never had. Nelson said the program would help seniors, those who are housing unstable and unsheltered, and prevent those from becoming homeless.

Councilmembers approved the amount, as well as $49,500 for a half-time position for temporary support.

Is the budget balanced? Turley offers a refresher on some often-confusing numbers.

"Yes, it is a balanced budget," Turley said. "The budget for every individual city fund is balanced. A balanced budget does not mean that revenues equal expenses, or revenues exceed expenses.

"In essence, a balanced budget means that beginning fund balance plus estimated revenues is greater than budgeted expenditures. Ours does that. Yes, as budgeted, if our revenues and expenses came in exactly as budgeted, we would end up 'dipping into' our fund balances.

"We currently have enough fund balance that we can afford to reduce them some in a lean year, if necessary, without reducing our reserves."

One of the reasons for a lengthy five-and-half hour budget-crunching meeting Dec. 10 was because councilmembers had to go through 41 proposed amendments to the city's draft budget.

Like last year, much of that time was taken up with amendments submitted by Councilmember Kristiana Johnson. Most of her proposals were in line with her budget-slashing reputation.

Among them were eliminating funding for the cemetery lawnmower, and contributions to the Edmonds Center for the Arts and pedestrian task force, as well as reducing prisoner care and public defender costs.

Here are some highlights of those amendments approved:

@Approving adding $25,000 to existing $50,000 in budget for staff diversity, equity and inclusion training.

@Adding $20,000 to update waterfront plan, including the marsh and ferry terminal.

@Approves restoring funding for the Edmonds Center for the Arts in the amount of $10,000, its 2020 amount.

@Approving a three-year position for a rewrite of the city's long-neglected city code, at a cost of $140,000 a year.