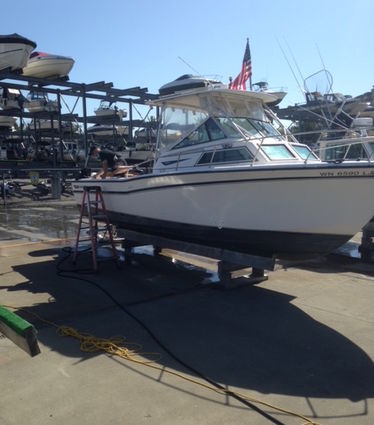 I asked the operator over the fence to stop, but he told me he wouldn't.

Other people were clearing the tables and abandoning their picnics due to the noise and blue smoke. I attempted three telephone calls to the Port of Edmonds marina offices, but received "messages" and no contact with any staff.

With this example, I have a sense of the trauma marine animals and fish endure....